Many who know me will be aware of my grand love of teishoku 定食 (Japanese Set Meal) which are always ever so special when you make them yourself. 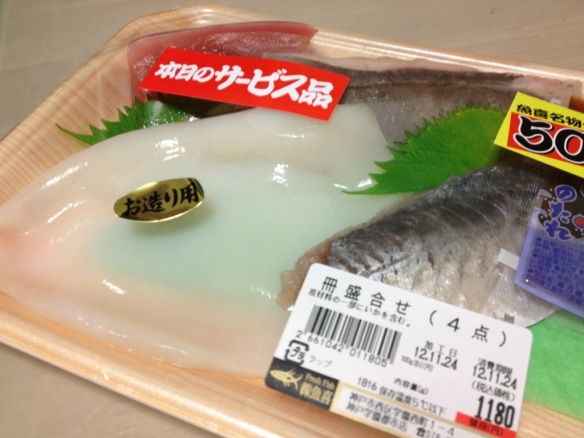 Last night I came across some sashimi at a local produce store that I though looked fair delicious, so I though I would try my hand at slicing up sashimi. 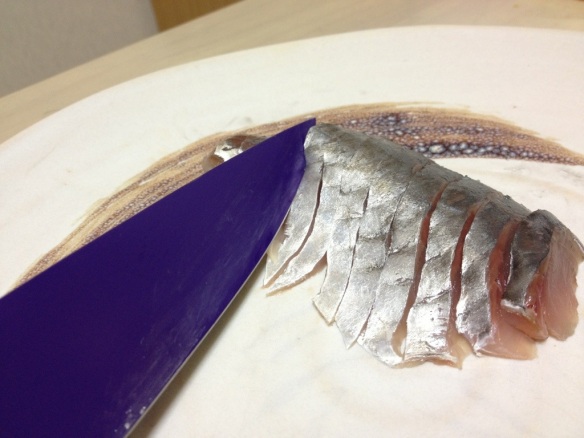 Although I am a decade off becoming a master sushi chef I’m down with the fundamentals of slicing raw fish, basically the most important part is you cut fish across the grain not along it otherwise its going to end up tough and chewy instead of melt in your mouthy.

In terms of wasabi わさび (Japanese horseradish), I always use the much higher quality konawasabi 粉わさび which must be reconstituted using a little water.

And here we have the finished product, all sliced and ready to eat! 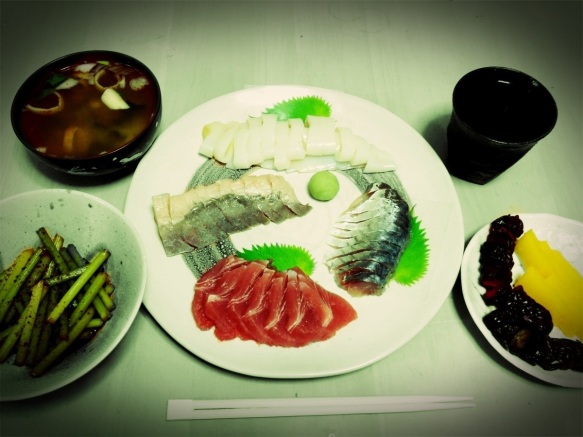 Alongside this I simply prepared some steamed garlic shoots, miso soup and various tsukemono 漬物 (Japanese pickles). Normally this would also be accompanied by a bowl of rice but I’m on a diet so I skipped it to save the empty carbs ☆〜（ゝ。∂）