Last weekend was the Bunkasai 文化祭(Cultural Festival) at my chuugakko 中学校 (Junior High School). This was the Australian culture table I put together to teach visitors to the school about my country.
A few weeks ago I applied for a Australia education kit from the Australian consulate in Japan and they sent me a cricket bag loaded to the brim with useful resources like flags, books and uniforms!!!! 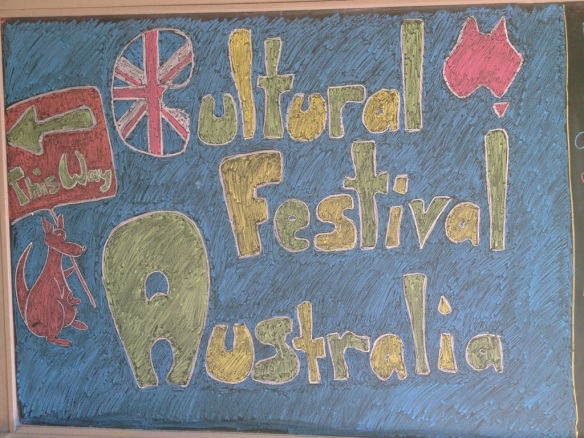 This Saturday is the Bunkasai 文化祭 (Cultural Festival) at my Chuugakko 中学校 (Junior Highschool) and returning from a week of leave I found myself being asked to plan an Australian culture table with in my free time over the next few days.

Here is today’s creation, Australian cookbooks!!! Featuring the recipes to make Anzac Biscuits, Lamingtons, Sausage Rolls, Australian Toffee and Fairy Bread!
I have printed enough to make 300booklets……… Sigh 50 down, a plethora of folding to go.

Sometimes I have deeply regret seemingly ‘amazing ideas’ without considering the work required to bring them to fruition….
（−＿−；）

I recently found this in my notes folder on my iPhone, it was a list of aspirations I wrote exactly on this day 12 months ago.
This perfectly sums up the kind of ambition one must have when applying for the JET Program as it certainly is no easy road and one by one I ticked all those things off my ‘to do’ list!
Having now been working as an ALT in Kobe for over 4 months I can certainly say, although getting in was by far the hardest thing I have worked for in my entire life, it by far was worth every moment!

Moving to Japan and participating in JET has been the best decision I have ever made. Sure moving to a whole new country is never going be an easy transition and my experience thus far has certainly had its up’s and downs, however at the end of the day I am much happier here than I ever was living in Australia.

Did I get my placement? Yes absolutely, I don’t want to imply that your chances of reviving your placement request is huge. But at the end if the day I asked for Kobe and 12 months down the road here I am, loving life.

Also I urge you to tick that little box that says your willing to leave early, if I hadn’t I would never be here.
If you would like any advice or have any questions, leave me a comment.

So please if your just putting together your application for 2013-14 now let this inspire you, as nothing is impossible if you have the ambition and put in the hard yards!

-Having an entire go-nensei 五-年生 (5th graders) sabotage a class where the grammar point was ‘Do you like ~~~?’ by the lot of them asking nothing but ‘Do you like penis?’.

-Being challenged at, engaging in and failing miserably at a mouth capacity competion,with a the resident fat kid using terrible kyuushoku bread.

– And I saved the best for last, whilst playing ‘What’s the time, Mr Wolf?’ with yon-nensei 四-年生 (4th graders) I had one little darling hump the sheep when he caught them after yelling ‘dinner time’.
I informed him he must be from New Zealand…… He didn’t get it, not that I expected him to XD 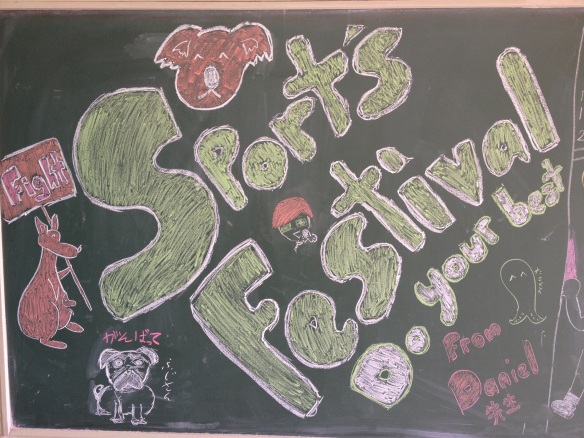 A couple weeks ago my request for an English Board at my base Chugakko 中学校 (JHS) was granted and I regularly update it with whatever creativity my brain vomits onto the chalkboard.
As the big day is tomorrow, here is a glimpse of the latest Taiikusai 体育祭 (Sports Festival) Edition!
＼(^o^)／

EDIT: Since I posted this Kotaba has been taken down from the app store due to what I have heard were copyright infringements. However as of 26/08/12 it is back up and has changed its name to “Imiwa”.

So for all of you new guys that have been surviving without kotaba for the past couple weeks the wait is over!The new version (renamed imiwa) was released this morning so get your download on!!! Also the app is 185mb so your going to need a wifi connection.

Here is the link below to the app store: 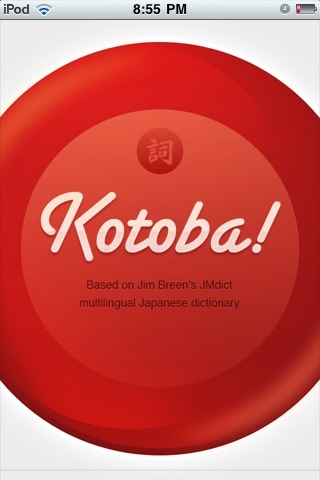 Dear new JETs, want to know the one thing you can bring to Japan than is going to help you more in your day to day life than all that comfort food, western toiletries and your lucky pair of undies combined?!

The best part is that it weighs and costs nothing!!! This is because it’s an app!!
Personally I use Kotaba I would say on average several hundred times a day (may this also serve as an indication of just how much I use my phone).
It’s basically a English-Japanese Jisho 辞書 (dictionary).

But why must you bring this with you and not simply download it once you have arrived? Well simply this app is something like 850mb as it offers the the complete database offline.
Now when you arrive in Japan its extremely likely you will have no Internet access for your first 6-8 weeks like I did and since you can’t download apps over 50mb without wifi (which you wont have) you will find yourself spending those 2 months with no Kotaba which is essential to get trough your day to day life!!

The features include the ability to enter text in English or Japanese (romanji, kana or kanji) and Kotaba will deliver you the answers in kanji, kana and romanji with its conjugations (if its a verb i.e. te-form, etc) and several examples said word how said works are used in a sentences!
It also states whether a word is a na or i adjective. But best of all is that it’s free and requires no Internet connection so you can use it anywhere!!! 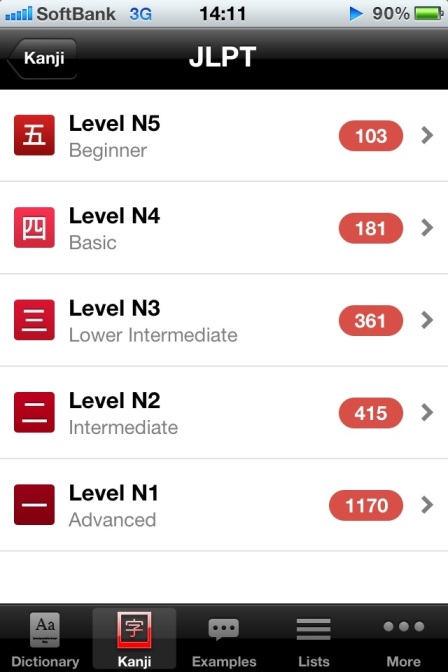 As a fun added bonus included is also a list of which kanji are included in each of the 5 JLPT levels and which are taught at each level of the Japanese school system up to JHS!
Finally there is also a favorite button to help you remember done of those more allusive kanji!

Honestly though every time I see a sign I don’t understand or something written on a board and especially when I’m shopping this app helps me every step of the way.
Also if you have some knowledge of Japanese grammar, you can use Kotoba to help put together sentences by slotting in the words you just looked up to make it seem like you know way more Japanese than you actually do =p 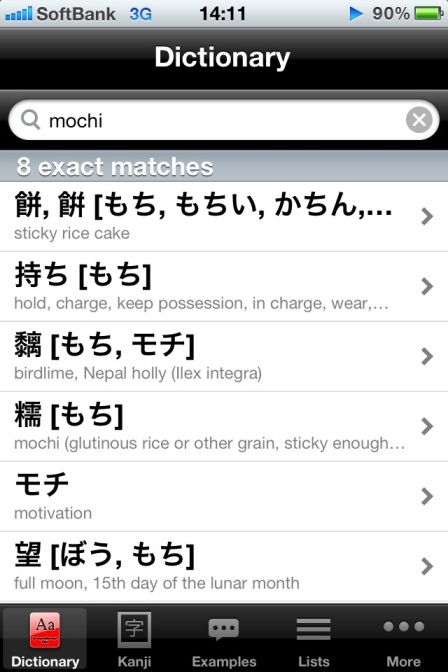 For all of you new guys that have been surviving without kotaba the wait is over!The new version (renamed imiwa) was released this morning so get your download on!!! Also the app is 185mb so your going to need a wifi connection.

Basically all this info is a little dated now as I wrote it 2 years ago, no iPhone’s aren’t really the way to go any more, personally I know use a Galaxy S5 and it runs circles around my old iPhone. Once you go Android you never go back.

I would recommend this over Imiwa if your happy to dish out the 8$ for it, however every now and then it does go up for free for a day so keep an eye out for that

The App’s I now use from the Google play store are JED and Kanji Recognizer they arnt as easy to use as what the iTunes store has to offer but they get the job done.

I have made all 400 of my JHS students little ‘English passports’ of which they receive ‘visa’s’ for going out of their way to communicate with me in English 英語, for example writing me a letter which they can now ‘post’ to me!!